The media world is buzzing with all sorts of new trends: we had Google coming in at the beginning of the century, Facebook following in its wake a few years later with programmatic buying and numerous other smaller novelties in between. There’s nothing wrong with that in itself, quite the contrary! We need change! As a media industry, we not only have to keep up with these trends, we also have to embrace them and make the most of them.

Another recurring feature is that agencies use these changes to optimize their revenue model. Surely the SEA part represented “a lot more work” than the other media, and advertising on Facebook involved “quite a lot of technical costs” whereas “discounts or AVBs” (another word for ‘surcoms’) was something these so-called new media “had never heard of”. That’s at least what we were told…

And programmatic buying really brought in the money! No one understood it in the beginning, sales prices that were contractually fixed but purchase prices that could be negotiated competitively and, above all, a series of dodgy website providers that would even sell their mothers just to get a deal with the big agencies. Sigh, deep sigh..

As a marketer or media professional, you are used to looking for solutions, for answers. After all, your management is breathing down your neck and wants better results time and again. Meanwhile, procurement may have been developing into a full-fledged department, and even though they had a vague idea, really getting to grips with the situation proved difficult. But everyone was training, growing and scoring in some area.

As media auditors, we feel that everything is done in a coordinated and deliberate way because even limiting the opportunities for oversight as much as possible is part of the game. As long as we continue to proclaim reality and expose the truth, that game does suffer, thankfully!
But for some reason, it is still a cat and mouse game. 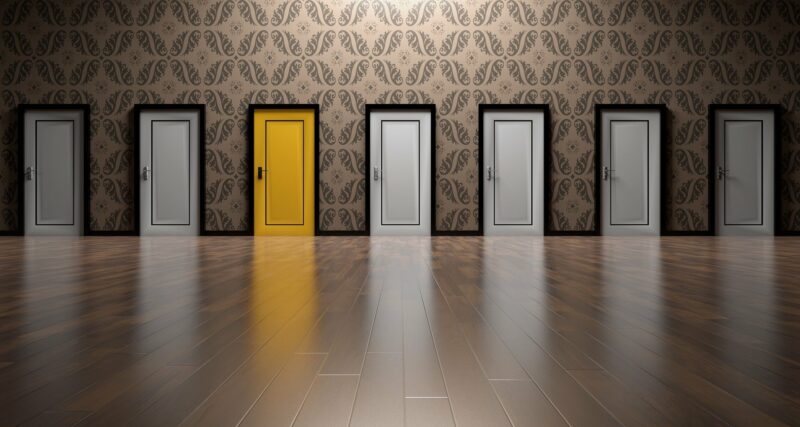 When a leak is repaired on the left, the ship starts to take on water on the right.
And lo and behold, a new holy grail has recently been discovered: inventory media! We already talked about it as a new trend, where media agencies buy media space in bulk and on their own account and then sell it on to their clients at a premium. The agencies no longer act as “agents” but as “principals” and so they build up their own stock of GRPs, clicks and what not. If you’re not careful, dear marketer, the objectivity of your media plan will be destroyed and you will also overpay for – often – lower quality!

The upside is that we can do something about it! First, make sure there is a clear clause in your agency contract. If you want to buy inventory at all, don’t say it until after your strategy and planning phase is fully complete! Once your plan is laid out, it can be optimized using “in-house” media. Not before!

Whether that media plan is infected with inventory from the start and whether its foundation is sound is also increasingly proving to be a key discussion point for marketers. Nick Manning, who is quite a guru in the international world of media, also sees a major trend emerging precisely regarding this topic in the coming months and years, and especially in response to the issue of inventory media. In addition to the compliance and financial part, where oversight is indispensable, including from a corporate governance perspective, the client should also hire an independent media specialist to check the strategic, content-related activities, he claims, even if it is only for a few days a week/month. After all, the increasing complexity means that clients lose their grip on tools, thought patterns and final choices of their agency. One of the largest international media audit groups, Media Path, is also thinking and pushing in that direction through its newly created Media Compliance Audit division, headed by Stephen Broderick, ex-CEO of FirmDecisions.

In short, dear advertiser, this is a crucial development that must be monitored, at all costs. At any rate, we at fma also have committed media specialists who are ready to provide this kind of service to advertisers on an ad interim basis. But it goes without saying that the needs should be properly analyzed first.

With this in mind, together with the impending inventory media, the question remains when the agencies will make their next move. One thing is for sure, you can teach your cat a few tricks, but it will always be on the hunt for mice. And by the way, be careful, because when you back a cat into a corner, it will lash out. On the other hand, cats are tough creatures, after all they have nine lives…